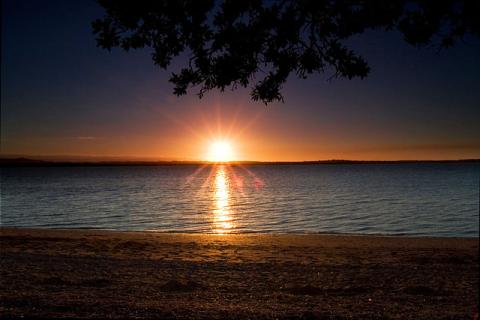 In this workshop you will use whole sky movies to help you understand what different people around the world experience as our planet spins once every 24 hours. The following sections will guide you through different aspects of the relationship between Earth's rotation, orbital path and tilt towards the Sun.

We get day and night because the Earth is spinning, making the Sun appear to move across the sky. The following steps will demonstrate that this has to be the case, and that it's not the Sun moving around the Earth.

When it is daytime in the UK, it can be in the middle of the night somewhere else in the world. Because of this, people in different parts of the world have their clocks set to different times. The following steps show what would happen if we all set our clocks to the same time - e.g. the time in the United Kingdom, known as GMT.

Seasons occur because the Earth is tilted towards or away from the Sun. The tilt makes the Sun appear higher in the sky in Summer and lower in the sky in Winter. The following steps will help to re-inforce these ideas.

Places where the Sun doesn't shine

In some parts of the world, there are days, or even months, where the Sun does not rise and others where it does not set. Where do you think these places might be? Take the following steps to discover where the Sun doesn't shine.