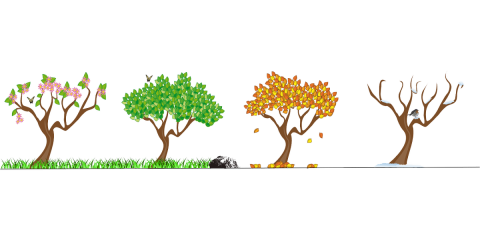 To understand how the Axial Tilt can make it hotter or colder, try the following experiment.

Point the torch or projector straight at the screen from about 5 or 6 metres away. You may need to darken the room.

Hold the small square piece of card about 20 cm from the screen so that it casts a square shadow.

Remember:
The area of a square or rectangle is the width times the height.

Now tilt the card so that it is at an angle of about 45° to the screen.

Measure the size of the shadow again. What is the area now?

Is the area now larger, smaller or the same?

Imagine that the light was coming from the Sun, not from a torch or projector. Do you think the card would get hotter, colder or stay the same when you tilt the card?

Hint: Is the card getting in the way of more light or less light? Remember that heat comes from the Sun in the same way as light does.

Now stick the toy figure on to the card and hold the card to give a square shadow. Make sure that the figure is on the lit side of the card.

If you were the figure and the light was the Sun, where would the Sun seem to be?

Where would the Sun seem to be now?

You should now see that the amount of light that hits something depends upon how tilted it is. (Steps 2 and 3)

Because the heat and light from the Sun come in the same way, when something is tilted, it will be colder. (Step 4)

If you are on a part of the Earth that is tilted away from the Sun, it will make the Sun seem to be closer to the Horizon. (Steps 5 and 6)