From April 2020 through to July 2020, Comet ATLAS C/2019 Y4 will be passing close to the Sun and will often be visible in the night sky from the UK. When it is brightest, it might be possible to see it with your eyes without the need for binoculars or a telescope (although these might help you to see it clearer).

Comets are large balls of ice, rock and dust but you can think of them as large dirty snowballs that travel through the Solar System. For most of the time comets are invisible, but as they get closer to the Sun, the ice starts to heat up and turn into gas. The water vapour and dust released by the heating process forms an enormous tail that stretches out behind the central part of the comet, known as the nucleus. Find out more about Comets.

What shape are comets? 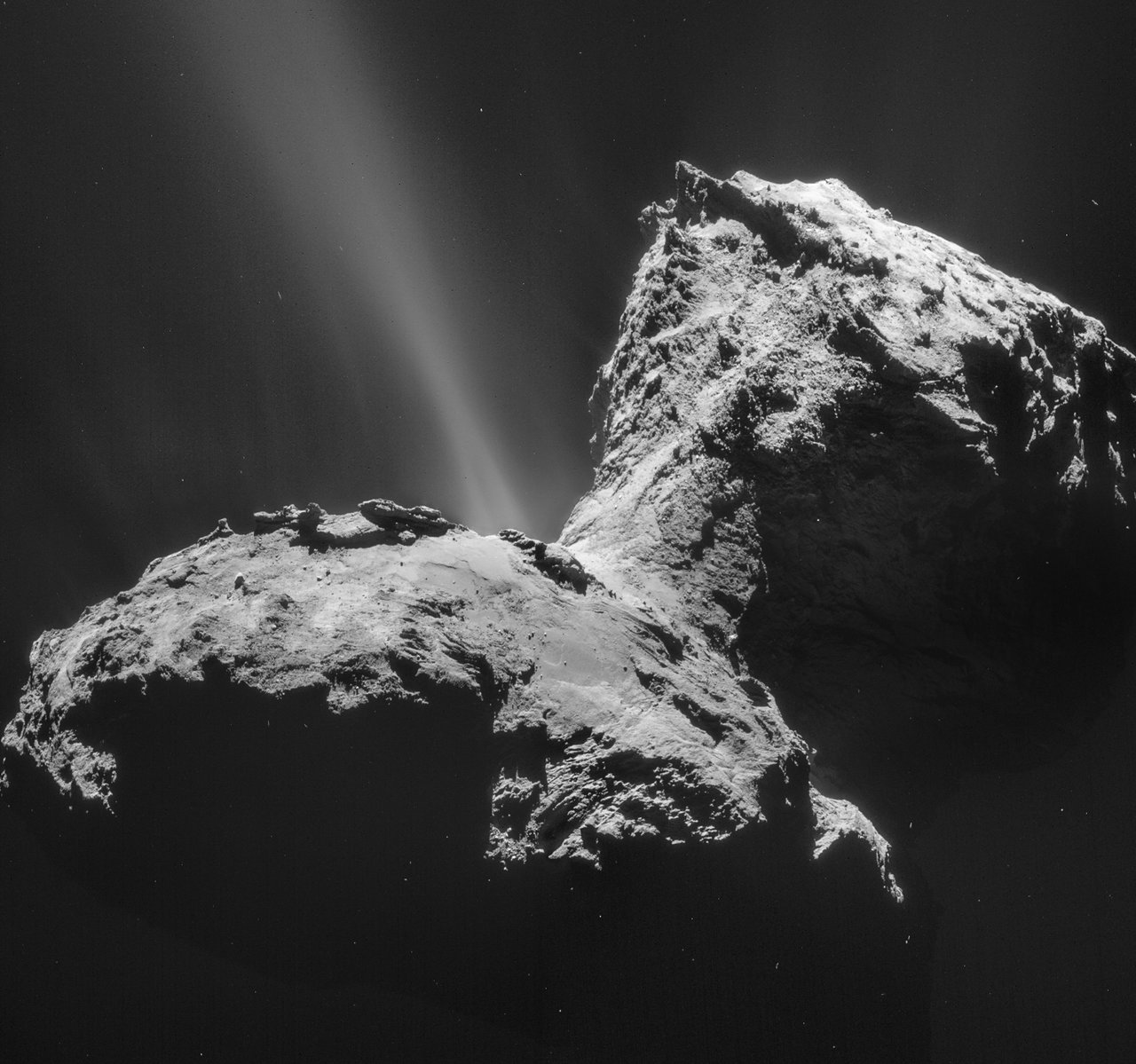 67P/ Churyumov-Gerasimenko.​ In 2014, the Rosetta spacecraft orbited this comet and the Philae probe robot landed on its surface. It has a diameter of approximately 4 km. 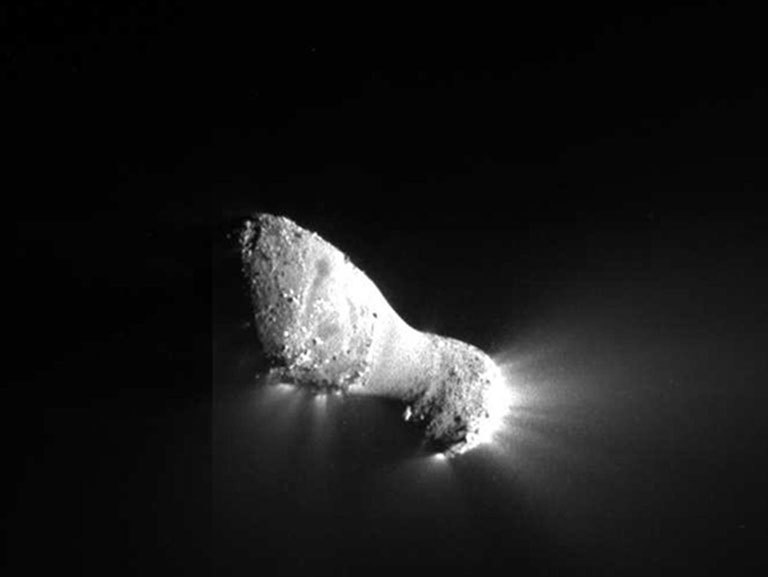 Comet 103P/Hartley (Hartley 2). Discovered in 1986, this comet is peanut shaped and its nucleus is approximately 1.5 km from end to end. 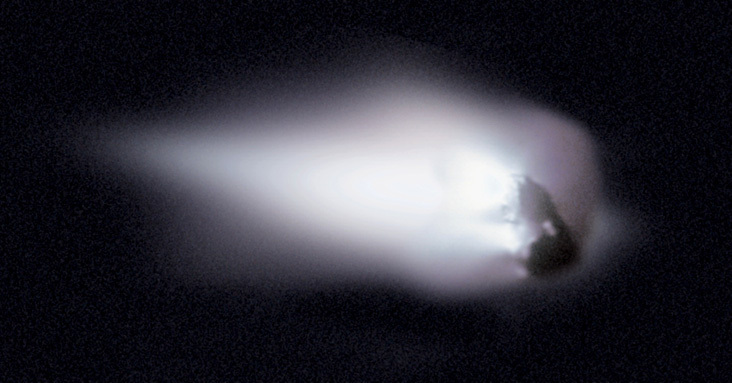 1P/Halley. Comet Halley is probably the most famous comet because it was the first object to be recognised as a repeating visitor to our night skies. It is a larger comet and has a diameter of approximately 11 km.  In this image, you can see the cloudy tail behind the main rocky nucleus. Halley swings by every 76 Earth years and will be next seen in 2061!

Activity: Comet on a stick

Things you will need:

No two comets are the same. They differ in size, shape and what they are made from. Don't worry if yours looks different, they are all different!

Well done, you've made your model comet! Now let's simulate what happens as it orbits the Sun.

Comet demonstration with the Sun (hairdryer)

For this you'll need x2 people and a hairdryer.

Why do comets have two tails?

Most comets have two tails. The tails appear as the comet approaches the Sun. Energy and particles from the Sun (solar wind) push on the comet and create a tail of gas and dust behind the comet. The gas tail is made of electronically charged molecules of gas (called ions) and points directly away from the Sun. However, the rocky tail is slightly curved towards the orbit. The gas and dust have different weights and so they separate which is why two tails appear. 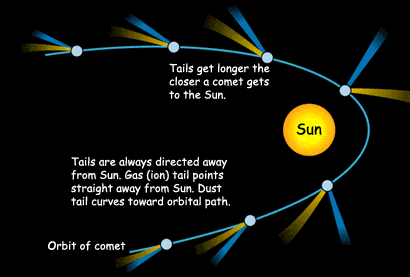