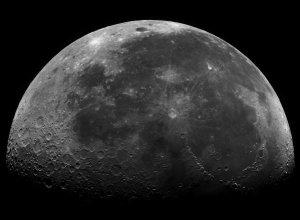 Mass and weight are easily confused but they are different. The difference is something that holds the Universe together - gravity!

Mass and weight are related by the equation Weight = mass x gravity. You might know this equation as Newton's II Law of Motion Force = mass x acceleration (F = ma) where Force (or weight) is measure in Newtons, N, and the mass is measured in kilograms, kg. You can think of this as the more mass has the harder it is to move it.

The strength of gravity is always a constant but the value of it depends on the size and mass of the celestial body. On Earth gravity, g, is 9.81 m/s2 (the unit is metres per second squared). On the Moon it is about 1/6th of the gravity on Earth and it is different on all the planets. You can do the activities below to work out how much you would weigh on the different planets.

Activity (most ages): Calculating your Weight on another Planet

Once you have completed the activity and found out how much you weigh on the different planets you can answer these questions...

1) On which planet would you weigh the most?

2) On which planet would you weigh the least?

3) On which planet would have have the highest mass?

Something to note: on Earth we weigh ourselves using scales, like the ones you might stand on in the bathroom. These scales give you an answer in the units of kg (or perhaps stones and pounds). This is actually incorrect as only mass is measured in kg, the number shown on your scales includes the effect of gravity and should be given in Newton's, N. This is something that is cultural and does not mean your bathroom scales are broken!!!