The first image of the month for 2016 is the irregular galaxy NGC 4449. This galaxy is within a group of galaxies over 12 million light years from Earth. This galaxy looks very similar to one of the Milky Way's own 'satellite' galaxies, called the Large Magellanic Cloud. Satellite galaxies are small galaxies, containing around a billion stars, which orbit around larger galaxies, usually containing hundreds of billions of individual stars. This particular image is very good quality, taken with a long exposure and when the observing conditions were very good - it's a lovely example. 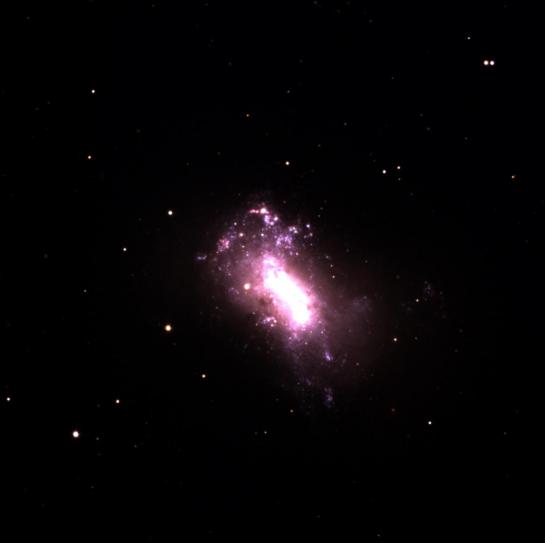