The Image of the Month for December (chosen a little early) was difficult to chose, not least because the telescope was down for a good week this month with no observations being taken, and recently the observing conditions haven't been fantastic. However, in between the problems we have been observing and perseverance often pays off! Our image this month is an object known as NGC 1579, also called the Northern Trifid Nebula, last featured back in 2015. It is a nebula (a dusty region) which is currently forming stars, and takes it's name from it's similarity in appearance to the larger Triffid Nebula (Messier 20). This, as with most star-forming nebulae, is quite difficult to observe well, as it requires a long enough exposure to see the faint, diffuse light scattered by the surrounding dust, but not so long as to over-expose all of the newly formed, bright, young stars. Here we have tried to produce a balanced image using the 3 colour imaging tool on LTImage. Not only have we changed the maximum and minimum values, but we have selected to get more detail in certain colours, and changed the contrast to try and bring out some of the features in the dust.

Why not try yourself using the data files below. If you're ever stuck on using LTImage don't forget our YouTube channel with 'how-to' guides on observing and a playlist of videos on getting the most out of LTImage software! 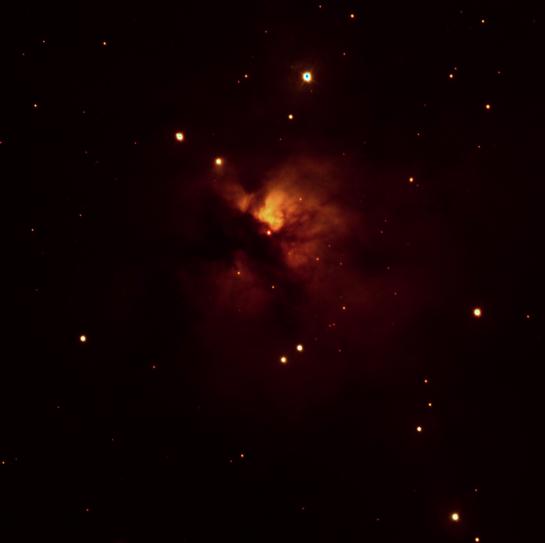