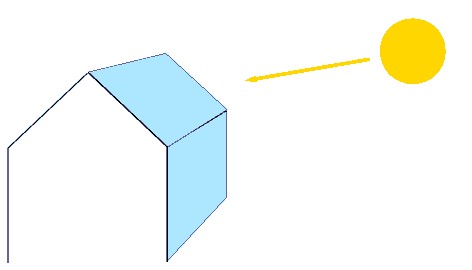 The yellow arrow shows the direction of heat radiation from the Sun. The Suns heat is warming the greenhouse. 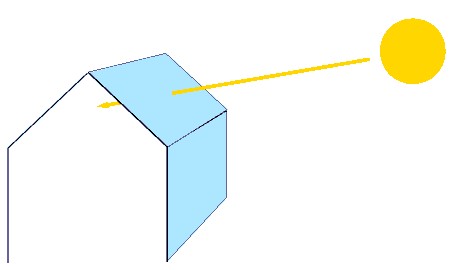 The Sun's energy enters the Greenhouse

Because the Sun is so hot, the heat radiation can pass through the glass roof of the greenhouse. 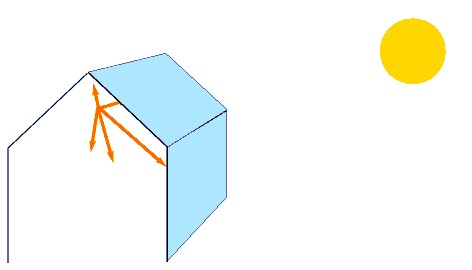 The Sun's energy is absorbed and re-radiated 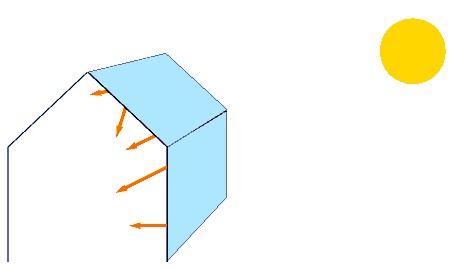 The re-radiated energy is trapped

The inside of the greenhouse is much cooler than the surface of the Sun, so it produces a different type of light. This is called infra-red light. It does not pass through the glass as easily. Thus, the heat gets trapped inside.