Detailed images from the Cassini spacecraft have, for the first time, shown that the surface of Saturn's moon Hyperion looks similar in many ways to the surface of a sponge. Astronomers think that this bizarre appearance is due to the extremely low density of the moon, which is just half that of water. The resulting low gravity means that craters form in a different way to those seen on more dense objects in the Solar System. Objects that crash into Hyperion plunge in and just compress the surface, instead of blasting out the familiar looking craters. 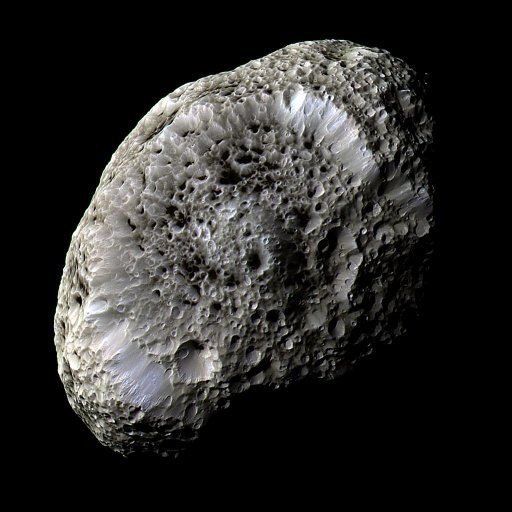 Hyperion is Saturn's eighth largest moon at 175km by 100km, and tumbles around its orbit of Saturn once every 21 days. The images in question were taken during a flyby of the moon by Cassini back in September 2005.

Other instruments on the spcaecraft have recently been used to determine what the moon's surface is made of. The ultraviolet imaging spectrograph and visual and infrared mapping spectrometer are detectors capable of mapping the mineral and chemical components of a surface, and have found that most of Hyperion's surface is a mix of frozen water and organic dust, as well as small amounts of frozen carbon dioxide. It is known that when placed under strong ultraviolet light from stars, these chemicals can form more complex molecules, known as hydrocarbons, which are thought to be the essential building blocks of life. 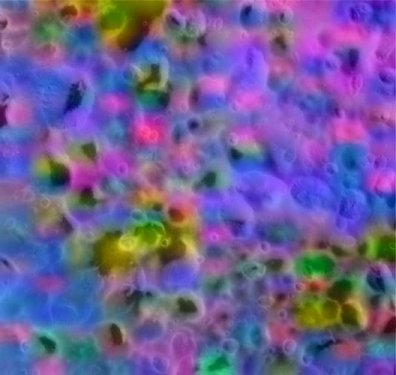 Image map from two detectors on the Cassini spacecraft - © NASA

In this map of Hyperion's surface, blue shows up pockets of frozen water, red denotes carbon dioxide ice (or dry ice), magenta indicates regions of water plus carbon dioxide, and yellow is a mix of carbon dioxide and an unidentified material.