We are pleased to announce that the NSO received its 10,000th observing request on the 9th September 2008. The request was made by a student at the Glebe School, in Kent, who was looking to secure an image of the spiral galaxy NGC 266. Because galaxies are fairly dim objects, the Liverpool Telescope had to wait until the night sky was dark enough to secure a decent image that was not affected by light from the Moon. The image was eventually observed on the 22nd September and the result can be seen below. 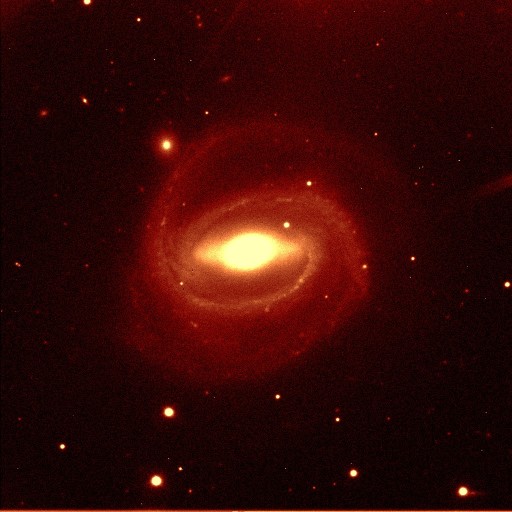 NGC 266 appears to be a classic barred-spiral galaxy located in the constellation of Pisces. Estimates put the galaxy at around 200 million light years away, and on the 12th October 2005, it was the site of one of the more recent supernovae.

Of course we couldn't have reached the 10,000th milestone without the preceeding 9,999 requests, so would therefore like to thank all of you for your participation in the NSO project over the past four years, and for submitting an average of 200 observing requests per month since operations began back in October 2004.