Send your class experiment to space

The European Space Agency (ESA) have issued a call for novel and interesting class experiments that can be carried out onboard the International Space Station (ISS) to demonstrate the effects of weightlessness to young students. As well as a host of exciting prizes, the best suggestions will actually be sent up to the ISS and performed by an ESA astronaut to a live audience back here on Earth. 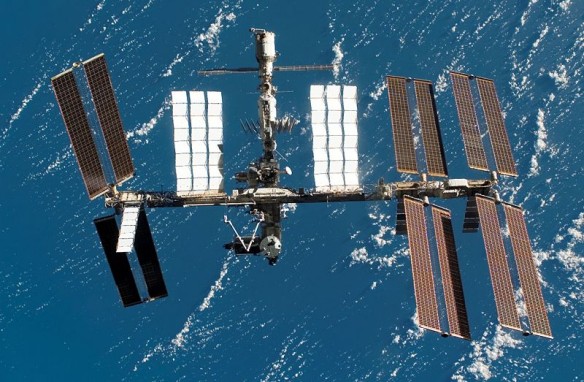 Participation is open to primary and secondary school teachers, and to educators such as those involved in science education at a museum, a teacher training college or an educational organisation. Note that the deadline for entries is the 30th May 2008.

For more information about the ESA call for education ideas, click here.

The ISS is a research facility that is currently being built in space on behalf of 16 countries, including the UK. Construction began back in 1998, with the station having been continuously occupied for the past 8 years. Ths ISS is in a low-Earth orbit: travelling at an average speed of 27,700 km (17,210 miles) per hour, at an altitude of approximately 350 km (217 miles) above the surface of the Earth. This means it orbits the Earth around 16 times every day, during which time the ISS crew eat, sleep, exercise and conduct their on-board research.