At around 7 o'clock yesterday evening (14/01/2008), the Messenger spacecraft conducted a low fly-by of the planet Mercury, passing just 200 kilometres (124 miles) over its surface. This encounter is the first of three flybys of the planet, with further visits planned for October 2008 and September 2009 before Messenger finally enters orbit around Mercury in March 2011. 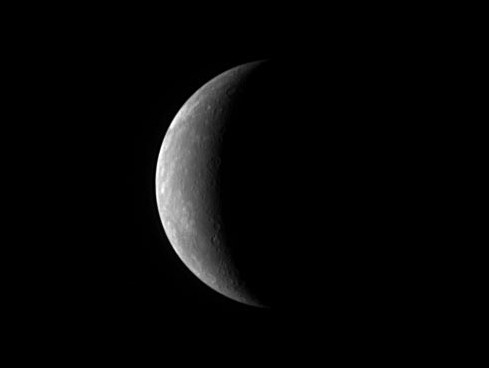 Image of a crescent Mercury taken by the Messenger spacecraft.
Credit: NASA

During the flyby, the spacecraft gathered lots of scientific data, including over 1200 images of Mercury, some of which were of parts of the surface never before seen by a spacecraft. Messenger will begin to transmit the new data to Earth once all of the scientific measurements are completed, about 22 hours after the closest approach. As those images are released, we will add some of the more interesting ones below.

For more information about the Messenger spacecraft, click here. 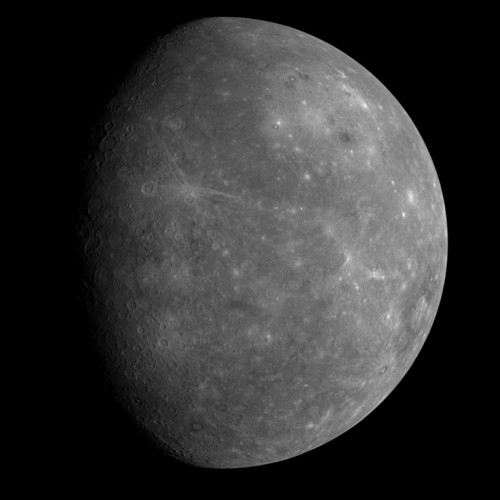 Image of the previously unseen side (by Cameras) of Mercury.
Credit: NASA 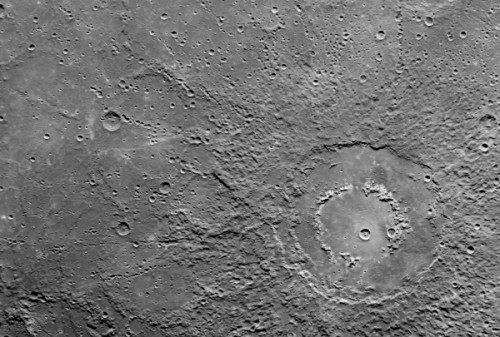 Image of a double crater on the surface of Mercury.
Credit: NASA