A NASA spacecraft in orbit around the planet Mars has recently captured the best quality images (to date) of the largest and closest of its two tiny moons, an object called Phobos. At is only about 22 kilometres (13.5 miles) in diameter, Phobos orbits the red planet about once every 8 hours. Because its gravity is less than 1/1000 th that of Earth, there is not enough gravitational force to pull the moon into a sphere, and as a result it appears somewhat oblong shaped. 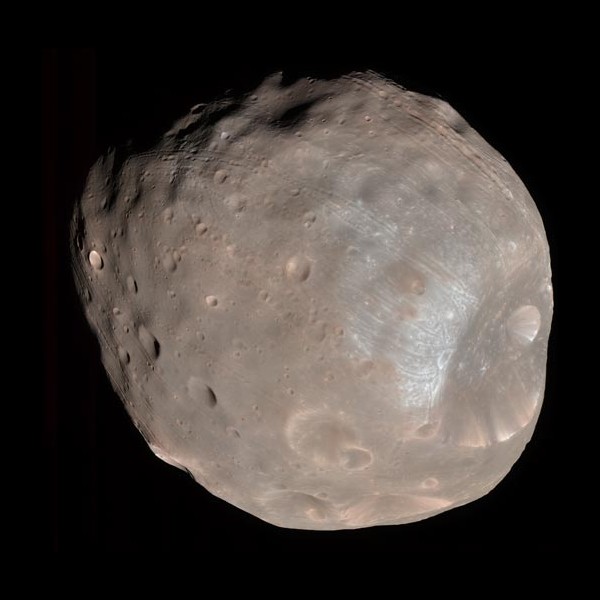 The image shown above was taken on the 23rd March by a high-resolution camera on board the Mars Reconnaissance Orbiter, when it was just 6,800 km away. The most prominent feature in the image is the large crater Stickney in the lower right, which has is around 9 kms (5.6 miles) across and is the largest feature on Phobos. Mars' second moon, Deimos, is even smaller, at about 12 kms (7.5 miles) across. The very dark, tiny moons are thought to have been asteroids that were captured by Mars when they strayed a bit too far from the asteroid belt.

For more information about the Mars Reconnaissance Orbiter, click here.