Results of the Moon Landing Competition

We are pleased to announce that we had over sixty entries for our competition to mark the 40th anniversary of the first moon landing by NASA's Apollo 11. The standard of work was much higher than anticipated, but after careful deliberation, the four judges have decided to award the top prizes as follows.

The prize for best artwork was awarded to Charis Neal of the King Charles I School in Kidderminster, for this water-colour depiction of an astronaut standing on the lunar surface. 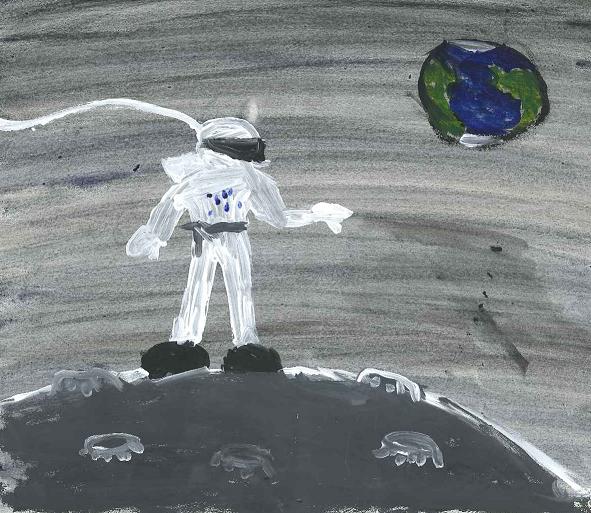 Winning artwork entry for the 40th Anniversary of the Moon landing competition
Credit: C Neal of the King Charles I School in Kidderminster

The poetry prize was awarded to Thomas Galvin of Stockport School, whose poem nicely conveys the sense of wonder and achievement at finally stepping beyond the confines of Earth.

Each prize winner will receive a limited-edition commemorative stamp sheet signed by the astronaut Edgar Mitchell, who is one of only 12 people to have walked on the surface of the Moon. Once again, our thanks go out to Buckingham Covers, whose generosity allowed us to award such memorable prizes, and a special thank you to all those who took the time to submit work over the summer holidays.