NASA's Dawn still on course to intercept the Vesta asteroid

Recent images from NASA's Dawn Spacecraft show that it is still on course to intercept the giant asteroid Vesta on the 16th July. With less than 300,000 miles to run, Dawn will shortly begin to slow down to a relative speed of 75 mph (120 kph) in order to enter orbit around the Solar System's second largest asteroid, before undertaking a detailed analysis of its surface.

Vesta is the brightest and only asteroid visible to the naked eye. It was discovered on 29th March, 1807, by Heinrich Olbers, and was only the fourth minor planet to be discovered. It has an average diameter of about 520 km (320 miles), and due to its location within the asteroid belt, takes 3.6 years to orbit the Sun.

The animation shown to the right is a time-lapse video of 20 images taken over the course of 30 minutes. These are the first images of Vesta to reveal surface features (albeit blurred), and they reveal that the asteroid is spinning once every 6 hours. As Dawn continues to approach Vesta, these images will become larger and clearer, so make sure you keep your eyes posted of the Dawn Mission Website. 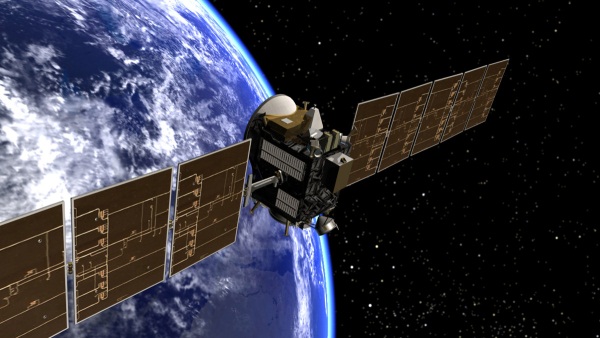 Dawn is a robotic spacecraft on a mission to explore the two most massive objects in the asteroid belt: Vesta and the dwarf planet Ceres. It was launched on 27th September, 2007, and is scheduled to investigate Vesta between 2011 and 2012, before moving on to Ceres in 2015. It will be the first spacecraft to visit either body and, due to its cutting-edge Ion Propulsion system, will be the first spacecraft to enter into orbit around a celestial body, study it, and then re-embark under powered flight to visit a second target.

Ion engines work by accelerating a stream of charged particles, in this case ionised (one electron removed) xenon atoms, away from the spacecraft, and the law of conservation of momentum ensures that the spacecraft is accelerated in the other direction. They differ from normal rocket engines in that (i) they provide a very weak acceleration: 0.001g as opposed to 3g, (ii) require a lot less fuel, and (iii) can produce thrust for many months, or even years, as opposed to the few minutes provided during a normal rocket launch. This means that Dawn will have enough fuel to power it from one asteroid to another.

For more information about the Dawn mission, and to discover its current whereabouts, click here.