Competition to design a science experiment for space 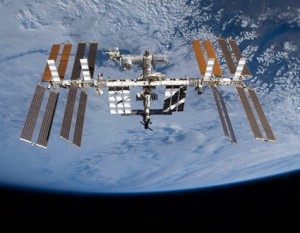 In case you haven't heard, YouTube, in conjunction with NASA and ESA, have just launched a worldwide competition that challenges 14 to 18 year-old students to design a science experiment that can be performed in space. Entries can be uploaded to YouTube in the form of a video that describes the experiment in detail, but also sets out why it is important and how the results will benefit our scientific understanding. The top two winning entries will be conducted onboard the International Space Station (ISS) and streamed live to the world on YouTube.

A prestigious panel of scientists and astronauts, including Professor Stephen Hawking, will select six regional winners from the entries submitted, and the European winner (hopefully from the UK) will join other teams from around the world on a trip to Washington (USA) in March 2012, where they will undertake a ZERO-G flight and receive other exciting prizes. From those six teams, two global winners, one from each age group, will be announced and later have the opportunity to have their experiments performed 250 miles above the Earth.

The deadline for uploading your video entries is the 7th December 2011, which means you will have to start thinking about this almost immediately.

For more information about the competition, please click on the following link: