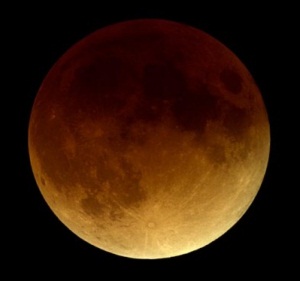 On Wed 15th June, most UK observers (weather permitting) will have the rare opportunity of seeing a total lunar eclipse. This occurs when the Moon moves completely into the shadow (or Umbra) of the Earth, so that no direct sunlight can reach its surface. Whilst partial lunar eclipses can occur a couple of times a year, this event will be the last total eclipse seen from the UK until July 2018.

During the eclipse, totality (when the Moon is fully in the umbra) is set to last for 101 minutes, but will start at 8.22pm, UK time, when the Moon is yet to rise for UK observers. When it eventually climbs over the horizon at around 9:09pm in the Channel Islands, but later the further north you are, the Moon will be in totality and thus very hard to see until it gets dark enough. Sadly, observers in Scotland and Northern Ireland will miss the totality part of the eclipse, but should still catch the partial lunar eclipse. See the image below for more exact timings.

When it does get darker, you will see that the Moon is glowing with a dark reddish or orangey colour. This is due to the Earth's atmosphere bending (refracting) and filtering light from the Sun towards the lunar surface. The Moon will start to get brighter at 10:03pm, when it slowly clears the shadow of the Earth - a phase called a partial lunar eclipse - and will be totally out of the Earth's shadow around midnight.

Please note that much of the eclipse will take place in the south-eastern part of the sky at an altitude of less than 5° above the horizon, so a clear view of this horizon is vital. Best of Luck ! 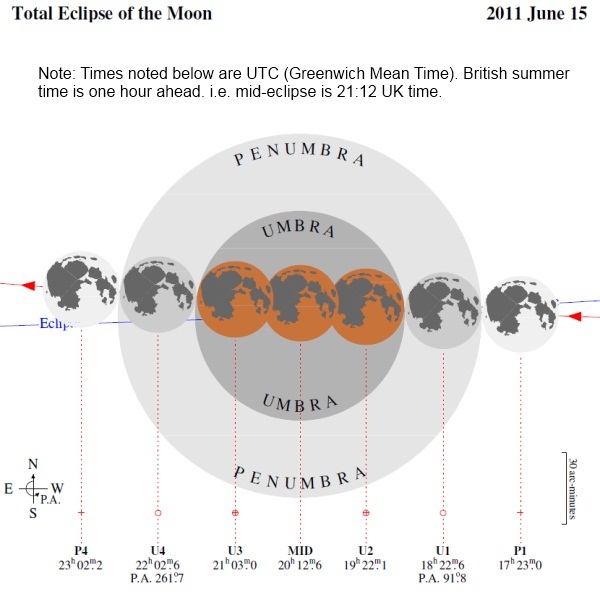