Is there another Earth just 12 light-years away?

Astronomers studying the nearby star Tau Ceti, which is located just 12 light-years away, have found evidence to suggest the presence of five terrestrial or rocky planets. One of these planets, known as Tau Ceti-e appears to be located within the habitable zone of its parent star, and if confirmed, this would make it the closest known planet thought to be capable of supporting life as we know it. 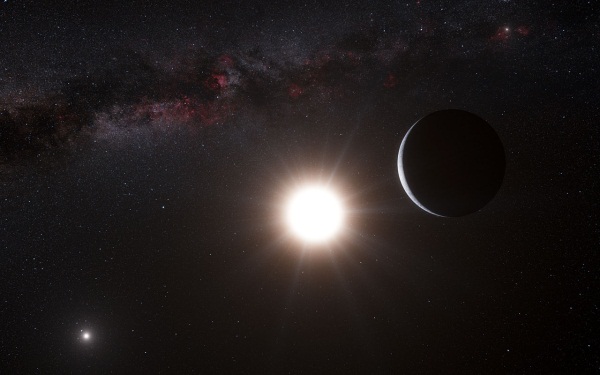 The Tau Ceti planets were discovered by looking at the radial velocity of the parent star. As planets orbit around their host star, their gravitational pull causes the star to wobble back and forth, and it's the size of this wobble that reveals how massive the orbiting objects are. Tau Ceti-e is estimated to be around 4 times the mass of the Earth, which would only make it around 1.6 times the size (radius) of Earth, assuming a similar density. With such a low mass, it is unlikely to be a gas giant planet like Jupiter, but rather a rocky planet like Earth.

The host star, Tau Ceti, is very similar to the Sun in many ways, but is thought to be much older. And like the Sun, it is the only star in the system, which means that the orbits of its planets are likely to be more stable, i.e. not distorted by the gravitational pull of two of more stars.