In addition to the explosion of a 20 metre wide meteor in the skies above Russia (see link), the 15th February also saw the scarily close fly-past of an even larger (50 metres across) asteroid known as 2012 DA14. Thankfully, the second event was known about well in advance, and this allowed our colleagues within the ARI to track the asteroid using the Liverpool Telescope, as it came within 100,000 km (62,000 miles) of Earth - although it did pass within 27,500 km (17,100 miles) at its closest approach.

The following image sequence (or movie) was created using 50 frames taken through the LT's RISE camera, and is speeded up about ten times; the whole sequence takes about 100 seconds in real time. The telescope was set up to track the predicted movement of the asteroid, which results in the background stars appearing to move across the field-of-view at a rapid rate. Tracking nearby asteroids whizzing past at a speed of 11.53 km per second (25,791 mph) is not any easy task for any professional telescope, but the observing team stuck with it and the results are good.

The telescope's RISE camera was used, rather than the usual RATCam detector, because of its larger field-of-view, the rapid speed at which it takes images, and the asteroid's brightness. These all improved the chances of us capturing 2012 DA14 towards the centre of the frame.

As it happens, we were joined by a camera crew during the observations, and segments of the evening appeared in the documentary "Meteor Strike: Fireball from Space" about the 15th February asteroid events, which first aired on Channel 4, Sunday 3rd March at 8pm.

If you missed the show you can watch (or maybe record) it on Sat 16 Mar at 3.45am on 4seven, or online on 4oD (available until 25th March);
Link to Channel 4 documentary 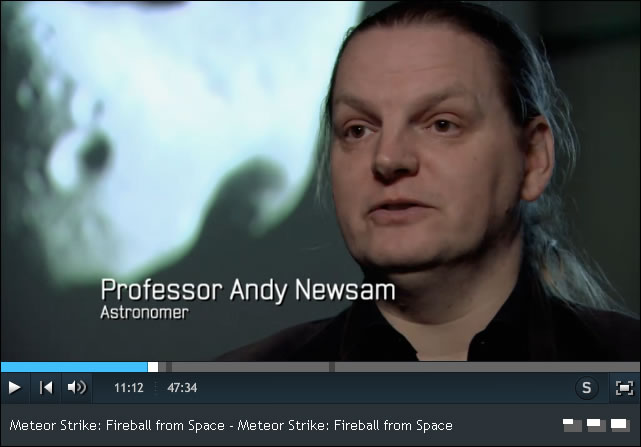