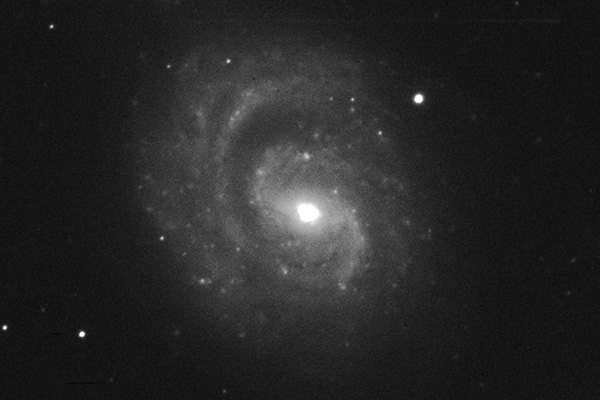 The NSO is currently celebrating our 50,000th observing request. The image in question was requested on Christmas Day and observed on New Year's Eve by Ben from the Brooksbank School. Ben chose to observe a spiral galaxy called NGC1637, which is 25 million light-years away. As this is such a momentous occasion we have also chosen Ben’s observation for our Image of the Month for December 2012.

Upon hearing the news Ben said "Wow! I wasn't expecting that!", his teacher Mr Smith also commented “We have been using NSO for three years as the core of our astronomy club. Our students particularly enjoy taking photographs of planets (they have learnt how to find out which moon is which) and of galaxies. The three colour observations are also popular, the best yet was a three-colour observation of a galaxy which clearly showed regions of bright, hot, blue stars in the spiral arms. The NSO has been the catalyst for starting GCSE Astronomy as an extra-curricular activity this year. Our astronomy club would not function without it - we all think it is fab! It is a fantastic privilege for one of our students to have submitted the 50,000 observation, and it couldn't have happened to a more enthusiastic and dedicated student than Ben!”. 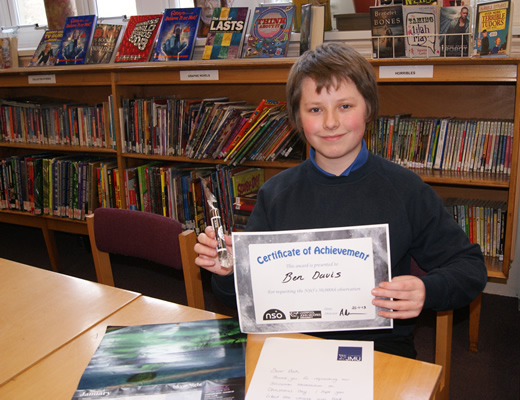 Professor Andy Newsam, Director of the NSO also commented: “The first four years of the NSO gave us 10,000 observations, so it’s fantastic that we have achieved an additional 40,000 in the last four years. We are extremely proud of Ben from The Brooksbank School who requested out 50,000th observation on Christmas day, we know that our astronomers are a hard working bunch, and this just shows you that not all of the NSO work is done in the class room. Here’s to the future and hopefully many more great observations."