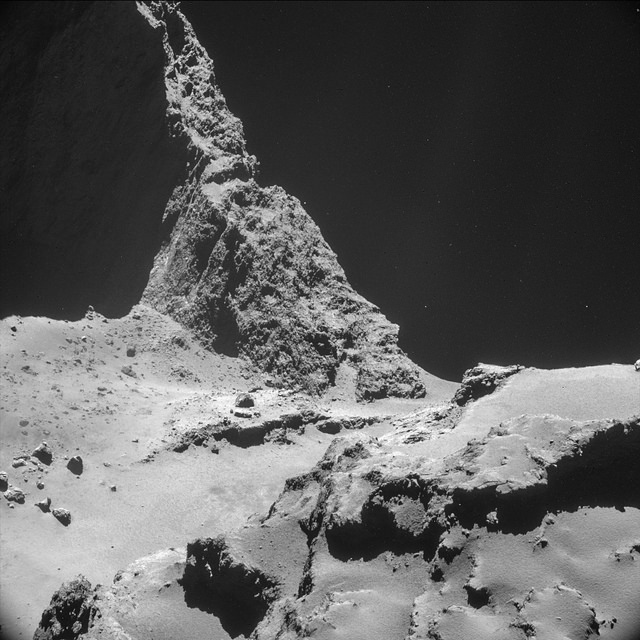 Philae lands on comet - with a few bumps and bruises...

The European Space Agency's (ESA) ROSETTA mission yesterday successfully landed it's probe, Philae, on to the surface of a comet for the first time in history!

It successfully touched down on the surface of the comet, not once, not twice but three times before it finally settled in place! The journey wasn't easy for the lander - the comet is so small that it has very little gravity, much less than we have on Earth, making it hard to stay on the surface. Philae had 3 different parts which were going to help keep it on the surface - harpoons to anchor it, screws to drill in to the surface, and small engines which were going to push it down, called 'thrusters'. Even though both the harpoons and the thrusters failed - the lander still managed to land safely, after bouncing off the surface twice!

The lander isn't in the best health, and it's thought that the solar panels, which the lander relies on to charge it's batteries, might be blocked by a near by cliff - but the team at ESA, who have been following Rosetta since it lifted off over 10 years ago, are still hopeful that they will get back some amazing information from the lander.

Keep updated with everything by following the lander on twitter @Philae2014 and Rosetta @ESA_Rosetta.
Want to learn a little more about comets? Why not check out our information page, or test your knowledge with our Comet Quiz!