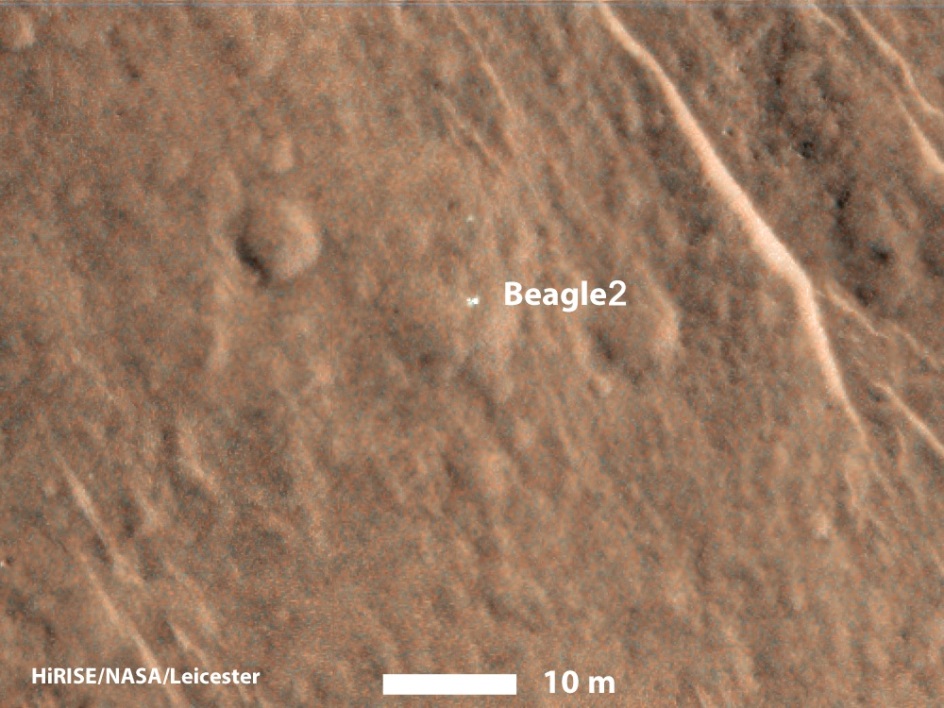 Beagle 2 on the surface of Mars
Credit: ESA; Copyright: HIRISE/NASA/Leicester

Beagle 2 lander found on Mars after 12 years of searching

The Beagle 2 mission, led by the late Professor Collin Pillinger from the Open University, was Britain's first probe to land on another planet and was designed to perform experiments to detect signs of alien life.

After piggy-backing a lift on the European Space Agency's (ESA) Mars Express mission to make the 6 month journey to Mars, Beagle 2 was released from its mother ship, on the 19 December 2003, to make the last stage of the journey alone, down to the Martian surface where it was due to land on Christmas day 2003. Scientists, journalists and the world waited to hear Beagle call home with a signal playing a track by the pop group Blur to let us know it had landed safely. But nothing! In the days, weeks and years to follow there was no sign of what had happened to Beagle.

But now, 12 years on, images taken by the high-resolution camera on NASA’s Mars Reconnaissance Orbiter (HiRISE) have shown the little lander (it is only 2m across) on the surface of Mars, within 5 km of the centre of its expected landing site. Beagle 2’s landing was a success after all!

Initially noticed as a ‘glint’ in a series of images scientists first ensured this wasn't an artefact, by using the ‘blinking’ method to show the ‘glint’ was in all the images. Next they made sure it wasn't a red object (naturally on the surface) by taking a three-colour image. 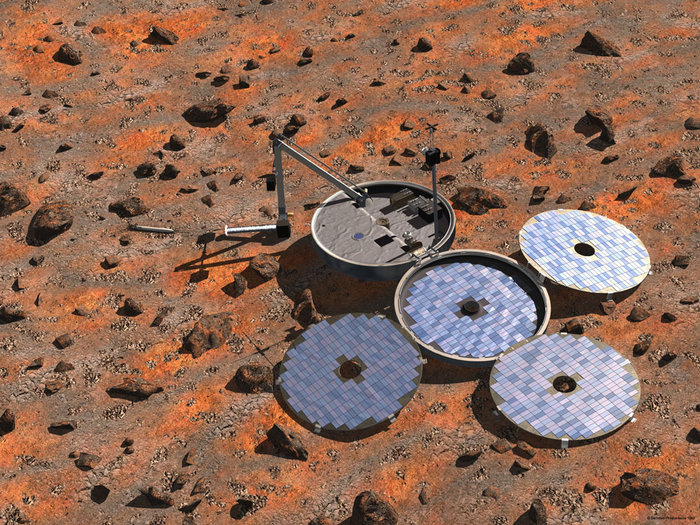 An artists impression issued by ESA in 2002 showing
how the Beagle 2 landing craft may have looked
once it landed on Mars.
Credit: ESA; Copyright: ESA

Close inspection of the images followed and showed that the object appears to be Beagle 2:

So why didn't Beagle 2 call home?

The images show that not all of the lander’s four solar panels opened up. It looks as though only two or maybe three opened. This means that the radio antenna, which would transmit data and receive commands from Earth never received enough light. Sadly, because the antenna is covered up this means we will not be able to contact Beagle 2, revive it and recover data from it, but "understanding now that Beagle-2 made it all the way down to the surface is excellent news,” said Rudolf Schmidt, who was ESA’s Mars Express project manager at the time of the mission in 2003.

Thank you Beagle 2, you continue to inspire and we continue to learn from your pioneering mission.