New Horizons reaches closest approach to Pluto, and we follow the planet using the Liverpool Telescope.


This week saw an historic event in the world of astronomy and space travel, when the NASA New Horizons spacecraft made its closest approach of the dwarf planet, Pluto.

We have followed the path of Pluto as it appears to move in front of the backdrop of stars using the Liverpool Telescope through the National Schools Observatory. The series of images to the right show the same star field but with one object moving through - can you see it? - this moving object is Pluto. It appears to move so quickly in the sky because it is orbiting around the Sun, and moving much faster than any stars in the background. Of course this movement appears much quicker as we ourselves, here on Earth, are also orbiting around the Sun, much more quickly than Pluto!

Another thing you may notice about the images is that the first 2 appear much more blurred than the final ones, this is due to something called astronomical seeing where the atmosphere surrounding the Earth changes the images we see. The more turbulent the atmosphere, the more blurred our images - you too may find this when you take observations! To learn more about astronomical seeing why not try our seeing workshop. 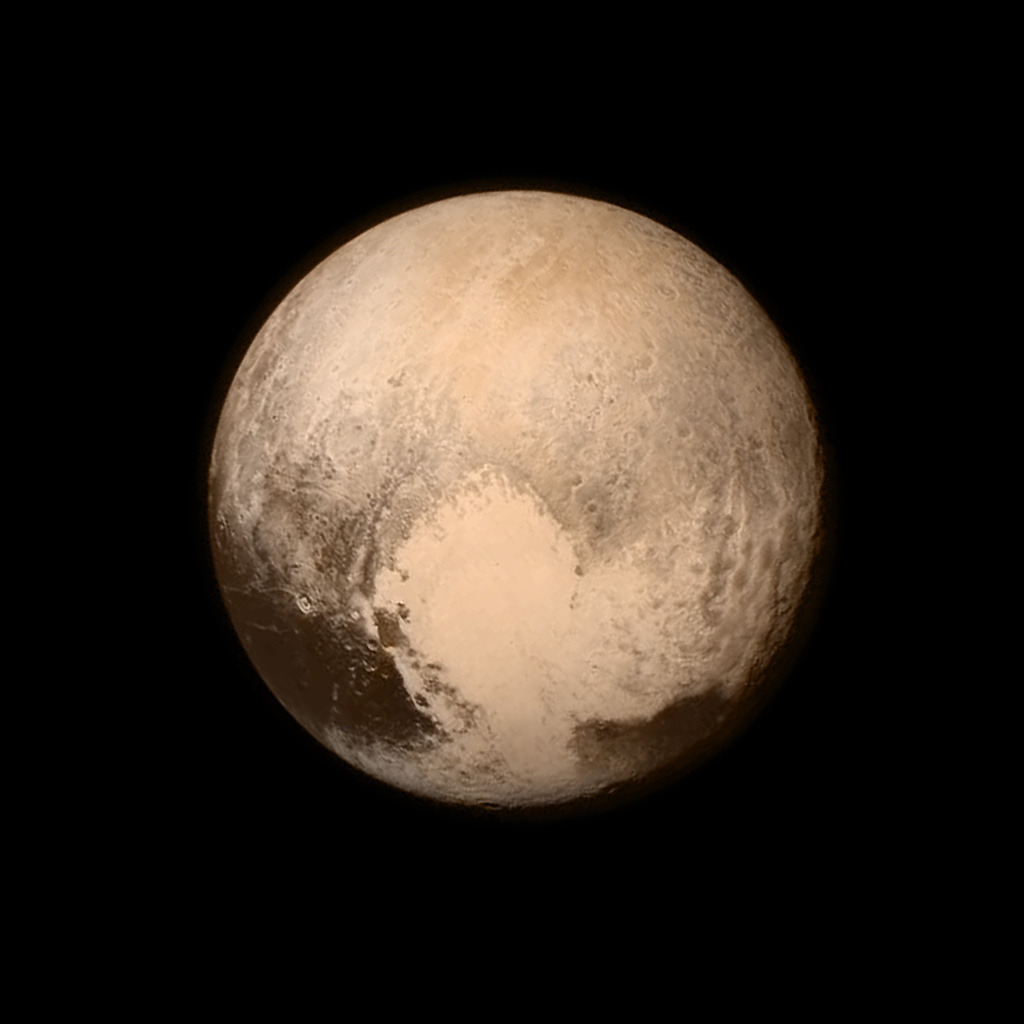 So what has the New Horizons probe learnt so far about the dwarf planet Pluto? Well the image on the left is the latest, and closest picture of Pluto ever taken, and far surpasses anything previously taken by the Hubble Space Telescope. It shows much more detail on the surface, with a large, bright feature known as the heart stretching over 1500 km, it is also covered in impact craters caused by objects crashing into the surface. The team have found that the dwarf planet has an atmosphere and that it often snows. It's also larger than previously thought at 2,370 km across, this is only 30 km bigger, but it means that Pluto is less dense and therefore less rocky, and more icy.

Pluto sits on the inner edge of the Kuiper Belt, a disk of around 10,000 icy rocks which extends from the orbit of Neptune further out to the far reaches of the