The Image of the Month for August is of another spiral galaxy, known as NGC 6951. This is a good image, with a lengthy exposure in each of the filters used to obtain the 3 colour image using LTImage. The observing conditions on the night were also good (low seeing) leading to this great observation. NGC 6951 is an interesting galaxy for a number of reasons. It takes the light form this galaxy over 50 million years to get to us, and over the past ~15 years we have observed several stars exploding within this system. This means these stars really exploded 50 million years ago but that we are only just seeing them! These exploding stars are examples of supernovae, where high mass stars run out of fuel at the end of their lifetime and can no longer stop themselves collapsing in under their own gravity. These events are very rare so it's unusual to see 2 of them in NGC 6951 in only 15 years. This galaxy is also know to contain something known as an Active Galactic Nucleus (AGN). This is when the galaxy has a very bright central region, this luminosity is caused by lots of material falling on to the supermassive black hole sitting at the nucleus. The material is pulled in with so much energy that some of this energy escapes as light before the black hole can consume it! Supernovae and AGN are some of the most energetic objects in the Universe and this galaxy contains both of them! 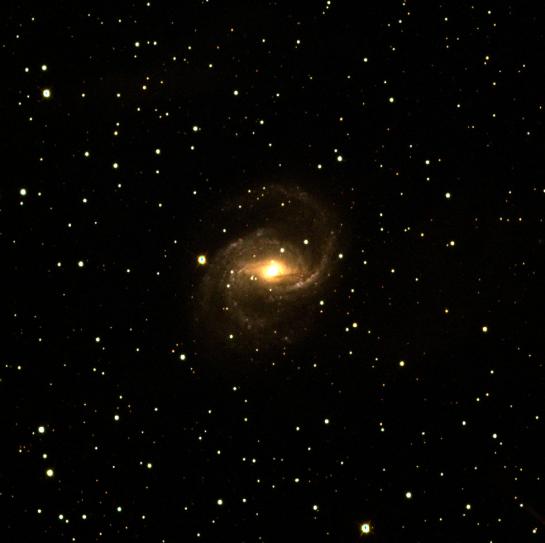