The Image of the Month for July is the Ring Nebula (M57), a planetary nebula in the northern constellation of Lyra. The name "planetary nebula" is a misnomer - to early astronomers some of them resembled giant planets, but in actual fact they are the remains of a star that has ejected its outer layers during the end of its life! Like other old red giants, M57 has expelled most of its material in the form of hydrogen and oxygen. At its core lies the white dwarf remnant which consists mainly of carbon. The lighter hydrogen forms the outer reddish envelope while the heavier oxygen in green remains about the centre. The gases in the expanding shell are illuminated by the radiation of the central white dwarf whose glow is still 200 times brighter than our Sun. An exposure of 120 seconds in each of filter was used to obtain the 3 colour image using LTImage. The object is about one light-year across and 2,000 light-years away from Earth. 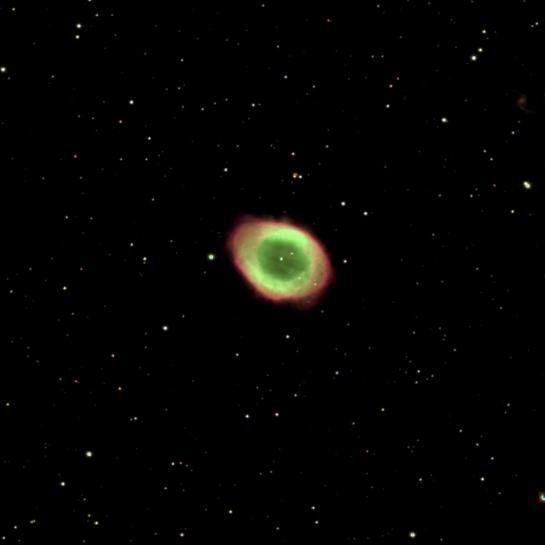