The Image of the Month for August is the lenticular galaxy, NGC524. Lenticular galaxies are very old spiral galaxies which are beginning to run out of material to form stars. When classifying galaxies using the Hubble Tuning Fork, these galaxies lie in between the young, star forming, spirals and the old, red, ellipticals. On our image, created by combining a Red, Green and Blue observation with our 3 colour imaging tool in LTImage, the galaxy almost looks like an elliptical - but if we were to have the power of the Hubble Telescope which sits outside of the Earth's atmosphere we would be able to make out the disk of the galaxy, seen here. 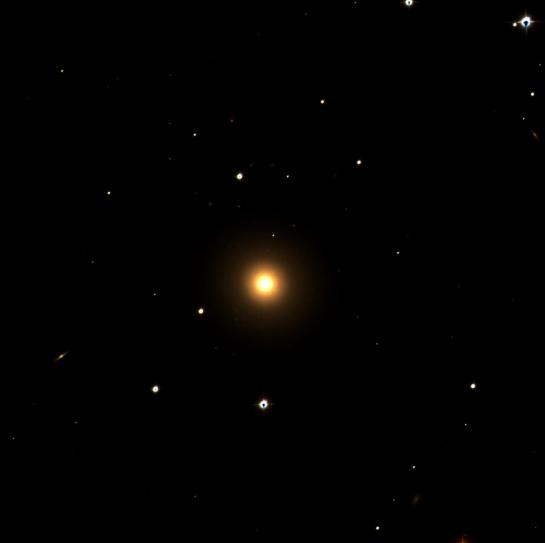