The Image of the Month for September is a section of the Moon, containing the large 'sea', Mare Serenitatis, or the Sea of Serenity. These 'seas' on the Moon are flat areas created by the solidification of lava from when the Moon still had active volcanoes. The final manned mission to the Moon, Apollo 17, landed on the south-east edge of this 'sea' on 7th December 1972. This was the only mission in the Apollo programme which involved a scientist, the geologist Harrison Schmitt, alongside Eugene Cernan and Ronald Evans, who were both military pilots and engineers. During their three days on the surface of the Moon, they managed to collect over 100kg of rock samples which were brought back down to Earth in order that geologists and geophysicists could investigate how the Moon formed. 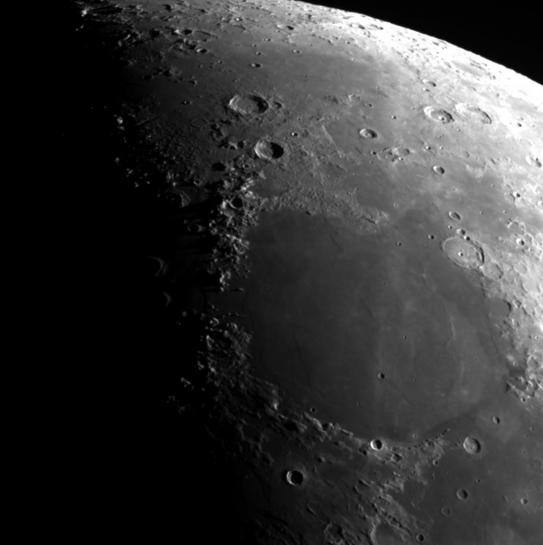