The Image of the Month for December, is of the remarkable Messier 1 (M1) or the Crab Nebula. This is one of the few observable examples of a supernova remnant - the bits of the star which are left after a massive star explodes at the end of it's lifetime. This particular supernova has a very dense star, called a neutron star still located in the centre, which has strong magnetic fields created as the star spins around very quickly. We call these stars pulsars. The Crab Nebula was discovered almost 1000 years ago in the year 1054 AD and was recorded by Chinese astronomers at the time. It was so bright at the time that the star could be seen during the day! 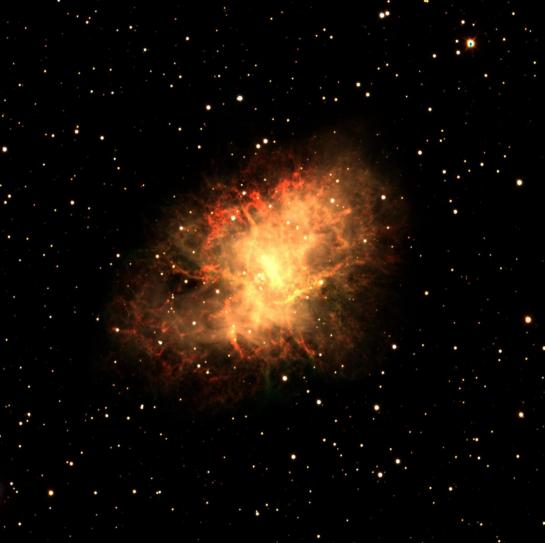