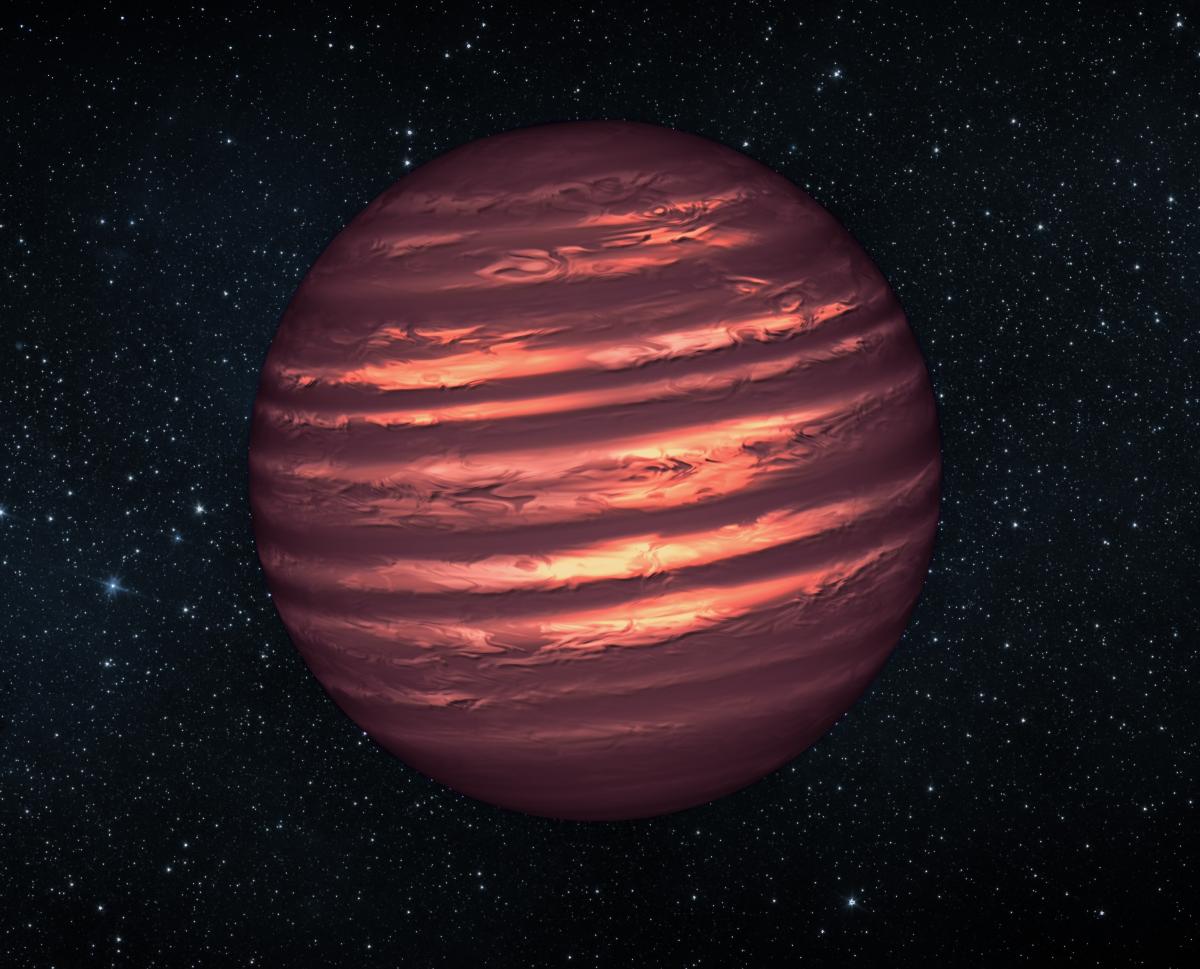 An artist's impression of a Brown Dwarf
Credit: NASA/JPL-Caltech

Brown dwarfs are very dim, glowing objects. We think the temperatures and pressures deep within brown dwarfs were never high enough for nuclear fusion to start. In other words, they are too big to be a planet, but not massive enough to shine like a star. We sometimes call these failed stars, sub-stellar objects.

The first brown dwarf was discovered in 1995. We think they form from a cloud of dust and gas like other stars. They don't release energy by nuclear fusion like the Sun and other stars. We think their glow comes from leftover heat.

Brown dwarfs are usually bigger than gas giant planets but smaller than the lowest mass stars. They have masses between 12 to 75 times the mass of the planet Jupiter. Most brown dwarfs are in orbit around a parent star. However, some have been found alone in the cosmos.